They boys wanted to try out the new Superior Bike Park now that they had seen the Valmont Bike Park. Immediately, Taggart did a header! To everyone's surprise, he jumped up and stated, "I not cry!" 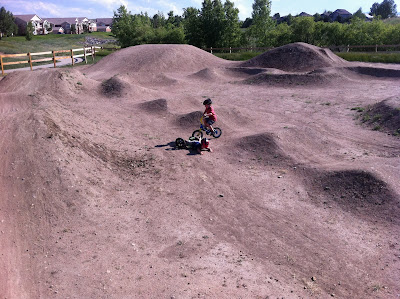 Like any good brother, Ryder decided that was a good warm-up and took Tagg to a starting hill for another good drop in....Surprisingly, they both did it with now issues. 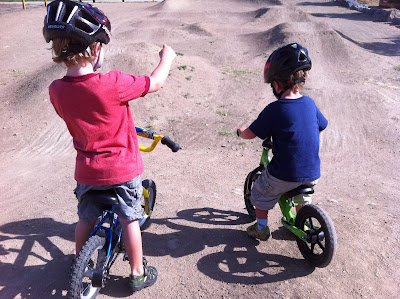 Ryder started to figure out the track and began showing off for his younger brother. 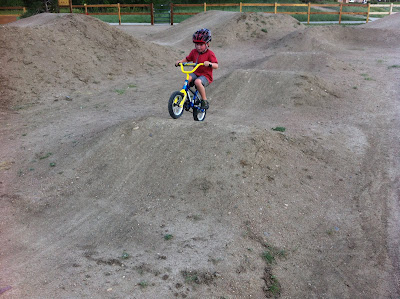 Tagg was exhausted. Trying to keep up with his big brother wore him out. 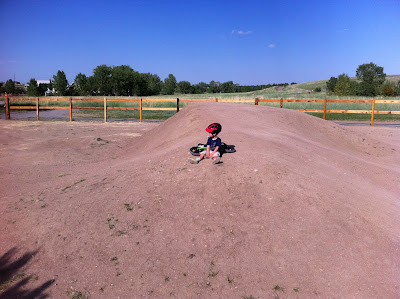 Another great bike park that will challenge the boys for years to come. They left sweaty and smiling not realizing how banged up their ankles, knees and shins were from the multiple crashes.
Posted by The Hutton Family at 9:13 PM