Taggart was so excited that the weather didn't postpone his Lego Ninjago Birthday Party. 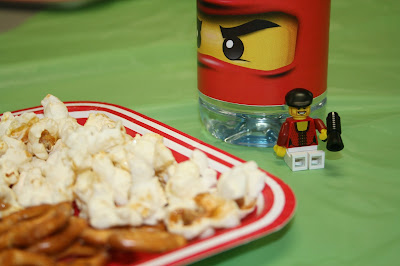 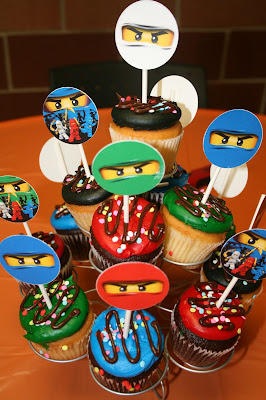 The numerous faces of the Ninjago Masters of Spinjitzu adorning the cupcakes and water bottles. 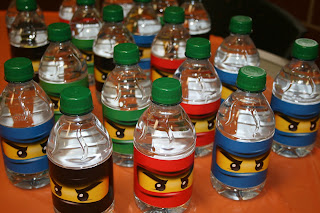 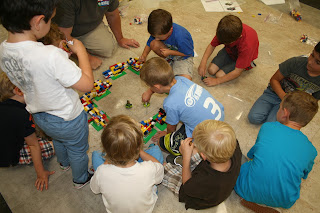 The Ninjago Spinner battles in the lego arena the boys built earlier in the party. 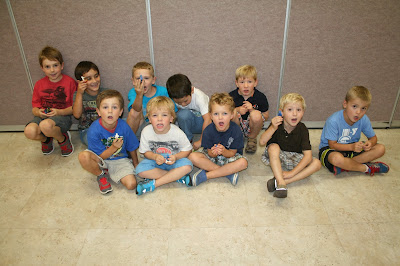 Taggart's fifth birthday was extremely eventful. Unfortunately, school was cancelled because of flooding in Boulder County. He took advantage of the free day to open each and every gift and spend quality time assembling  and playing with them. 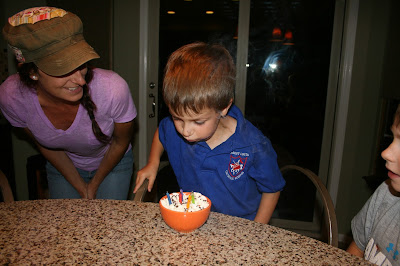 After the sundae, we decided to swing back by Daddy's office. Unfortunately, the flood waters had risen significantly so we had to drop him off so he and some co-workers could place sandbags and try to ensure that the water stayed out of the building. As we drove off, this was the view our little five year old had. 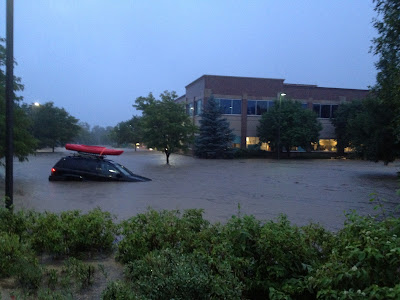 When you are five everything is amazing....this was extremely impactful. Yet, having school cancelled for three more days made it a little more exciting.
Posted by The Hutton Family at 4:12 PM No comments:

Piper is a little tired of watching her big brothers ride their bikes, so she decided that today was a great day to get on the Strider.
She may not have moved real fast but she was moving. We are a little fearful that this could escalate rather quickly. After all she is our little daredevil.
After a few minutes she seemed ready to move on to something bigger, steeper, faster, more dangerous...

Posted by The Hutton Family at 10:52 PM No comments:

Ryder had his first baseball game today at Heritage Park in Louisville, CO. He is playing in the Monarch Fall Ball League.
Ryder has a new favorite sport! He went 4 for 4 today and played great defensively. He and the rest of the "green falcons" had a blast.
Posted by The Hutton Family at 10:40 PM No comments: