The boys were disappointed that Daddy got to go to Game 5 without them. So, in preparation for tonight's NBA Championship, Ryder & Tagg decided to wear their Brian Cardinal Dallas Mavericks jerseys and acted as if they were playing in the game...which as they stated, "playing is better than watching Daddy". 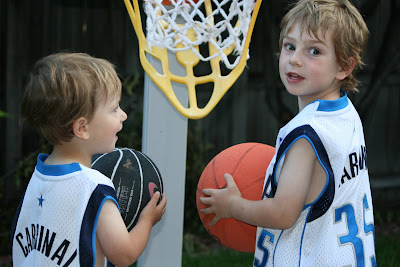 They actually missed parts of the game as they just kept shooting until Brian entered the game. 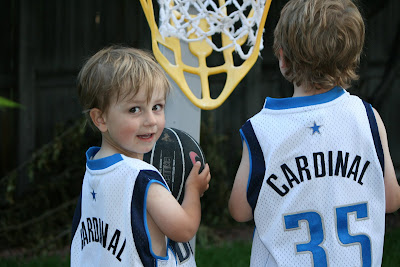 Congratulations to Brian Cardinal and the Dallas Mavericks on winning the NBA Championship! Ryder was disappointed to learn that the players don't actually get the big trophy.
Posted by The Hutton Family at 9:33 PM

Love it! Congrats Mavs on the win... What a great time for the Cardinal family :)