Ryder decided it was time to take a crack at Swan Mountain and the KOM classification. As he took off, he attracted some of the crazies out of the crowd to cheer him on....or traumatize him for life. We were pleased to see that it caused him to accelerate and get away. Taggart wanted no part of it! 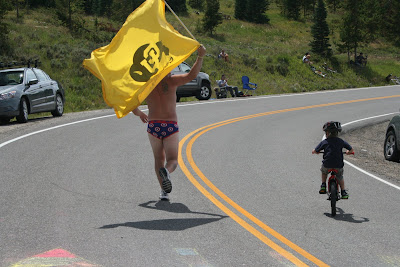 Shortly after Ryder's accent, we all cheered the breakaway (which included Ivan Basso and Andy Schleck) on at they attacked Swan Mountain. 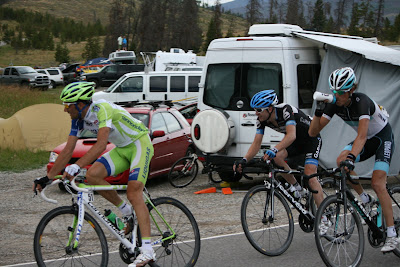 Next, Ryder and Taggart were excited to cheer on Cadel Evans and Levi Leipheimer. 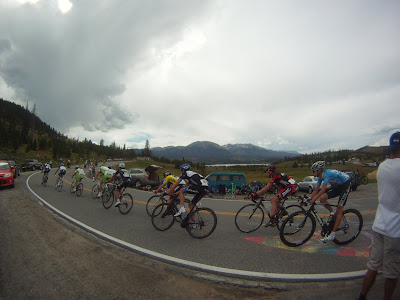 We had an incredible time in Breckenridge and on Swan Mountain. The boys both already asked when the next bike race is!
Posted by The Hutton Family at 5:01 PM

What an awesome opportunity! We watched some of it on tv! Hope the boys don't get any ideas...running in the streets in speedos! Ha!