Ryder decided that it was time to get rid of the pacifier that he sleeps with. He said that big boys don't need pacifiers (or nini's as he has always called it???) and big boys don't cry.

So off they went, headed to the zoo to give his pacifiers to baby animals who need it. On the way he debated as to whether the monkeys, giraffes or rhinoceros' would be the lucky selection. Well as he walked the Denver Zoo and saw all the animals, it hit him.....monkeys. 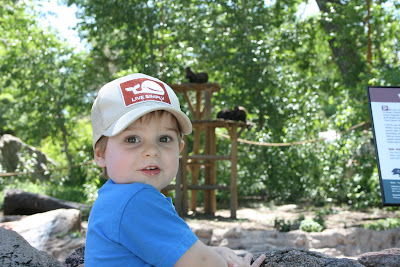 After a kind Zoo employee heard Ryder's request and took the pacifiers it was time for quiet relection........doubt.......regret....... 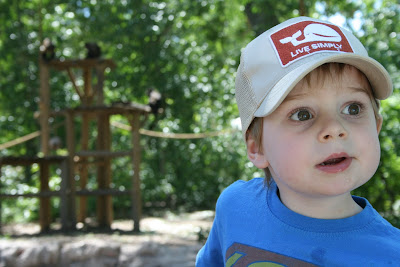 FYI.... Ryder has done great and been a champ. Only one real blow up.
Posted by The Hutton Family at 8:58 PM